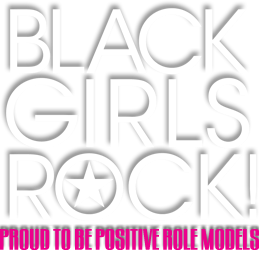 I am not a fan of BET by any stretch of the imagination. However, when they partnered with Beverly Bond to further her Black Girls Rock Movement, their stock increased with me.

Recently, I watched the televised special with my teen daughter during which they honored famous Black “Girls” who rock and recognized little known Black “Girls” who rock based on their contributions to society. The annual show is to increase public awareness of the nonprofit’s programming and bring attention to Black Girls’ contributions to the world. It also featured performances by famous Black Girls as well as video vignettes of empowerment.

A few weeks prior I saw the commercial for the show with a male friend who snickered about it- he had a problem with “shows like that. I understand that black girls need mentors and may have some probelms specific to them but…”

BUT WHAT!?! I left that one alone. I chose my battles, but seriously? I was/am a Black girl and to say that I had self-esteem issues would be putting it mildly. When you don’t see your self, your face represented, it does something to you- something profound. That’s not to say that other girls don’t have similar issues but that is not a reason for this woman not to fulfill her vision to help those girls who are her mirror image. Further, the organization is open to all girls and its mission addresses all girls of color.

Established in 2006, Black Girls Rock provides leadership camps, poetry and deejay workshops, empowerment groups and college prep services for teen girls of color. Its mission is to promote the arts for young women of color, as well as to encourage dialogue and analysis of the ways women of color are portrayed in the media.

I am hopeful that the organization is able to grow beyond its current New York homebase. This is a necessary support system for young girls. Perhaps they can join forces with other groups such as Girls, Inc. to expand their reach. But in the meantime, I am glad that someone thinks Black Girls Rock. And as one honoree stated,”I wish they had something like this when I was a little girl.”

Visit or donate at www.blackgirlsrock.org