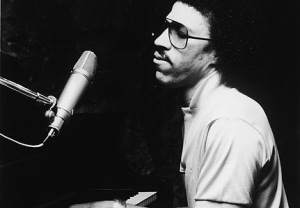 Honored last night by the legendary Apollo Theater, Lionel Richie was inducted into the Apollo Hall of Fame.

It’s hard to believe that he was kicked out of the famous group, the Commodores, who have been “crying in their beer” ever since. I caught an interview not long ago as Richie promoted Tuskegee, his new smash country album and he recounted being kicked out of the group; my mouth dropped open, always thinking he opted out for a solo career.

As a child in the eighties, I can vividly remember the videos and my mother pumping the Lionel Richie on the record player… yeah that’s what I said… I loved his music: Hello, Truly, Penny Lover and who could forget the party anthem, All Night Long.

When I first heard that Richie was dropping a new album of his hits re-recorded for the country genre I thought, “that man’s a genius!” I’m not a country fan, although I have a few favs (Shania Twain, Rascal Flatts and Sugarland – who are all featured on the new album), I know the power of country music on the charts and in the industry. Tuskegee is already platinum in only two months and is the number two best-selling album of 2012 after Adele’s 21… give it time.

Soooo, what are the Commodores up to now?…smdh