RSS
← All Hail the King
A Woman’s Worth → 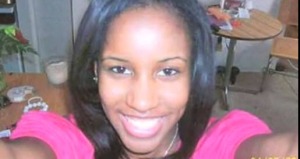 Seventeen year-old, Phylicia Barnes, went missing on December 28th in Baltimore, MD while visiting her half-sister. Anyone with information should call 1-855-223-0033.

The North Carolina honor student is set to graduate a year early from high school.

The case has just recently begun to garner national media attention which frustrated local police in Maryland and North Carolina who say that it is critical to have that exposure early. Many officers on the case believe that the case did not receive such attention because Barnes is African American. I agree and will adress that in a future post. Right now, please re-post, re-tweet, email, whatever you can do to spread the word.

← All Hail the King
A Woman’s Worth →