RSS
← The Elephant in the Room
R.I.P. Gentle Giant → 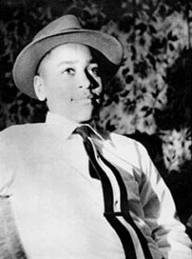 A new documentary debuting in November, 55 Till Now examines the kidnapping and murder of the 14 year-old. This documentary highlights the perspective of Mayor Johnny B. Thomas who was a child in that community when Till was kidnapped. Thomas shares how the impact it had on his life. Director, DeShaun Davis seeks to educate and increase dialogue through this film. The tagline reads, “Pursuing Healing Over Justice.”

I remember seeing archival photos from the funeral in which Mamie Till insisted on an open casket so people could “see what they did to my baby.” I saw those pictures as a teenager, but the image of his bloated face is seared into my brain. Writing this post, I stumbled upon it again and it made me physically sick.

Till’s murder became a lightning rod in the fight for racial equality and civil justice. Visiting his grandmother for the summer, the Chicago teen was lynched for “being inappropriate” with a white woman at the local corner store. Till was taken from his bed by the woman’s husband and his brother; the boy was savagely beaten, shot in the head and tossed into the Tallahatchie River with a metal fan strung around his neck to weigh the body down. Till was found three days later; his killers were later acquitted.

In 1993, author Bebe Moore Campbell penned a novel, Your Blues Ain’t Like Mine, loosely based on the Till murder. Set in the ’50s, it imagines the back story and aftermath of the community and families impacted, spanning three decades. This fictional tale beautifully and intricately intertwines lives as well as race and class. It is spectacular and one of my all-time favorites. I have read it about four times and think it’s time to dust it off.

Tags: 55 Till Now, Emmett Till

← The Elephant in the Room
R.I.P. Gentle Giant →