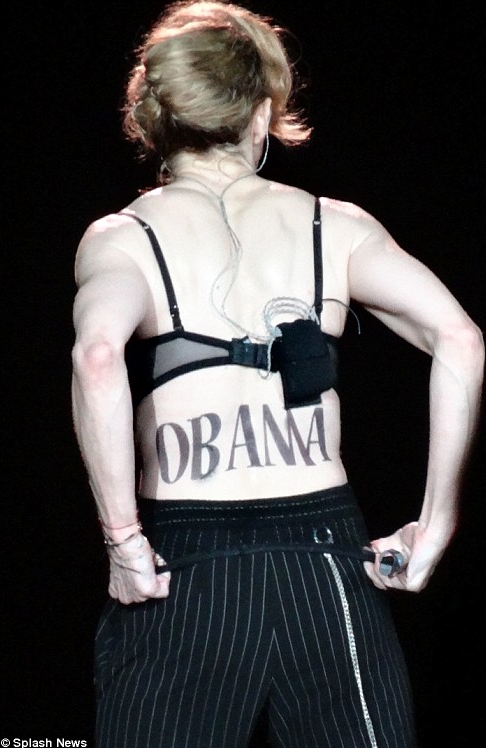 I don’t think she was being ironic. I’m not sure what the hell she was doing…Madonna, in her DC Concert.

Yes I know Obama is not a Muslim…And what if he were? The point I was making is that a good man is a good man no matter who he prays to.

Sounds shaky and I hope it does not backfire. However, she made my point. Who cares if he is Muslim, Jewish or Christian as long as he is tolerant of all religions. A point which eludes those who swear he is Muslim. What is the origin of this supposed secret religious allegiance? His name? His heritage? Why not believe that he is Christian?

It shouldn’t matter, especially in this country. Unless… you equate Islam with the stereotypes of terrorists and extremists. Islam is the most practiced religion around the world. It is a beautiful religion with a lyrical holy book, the Q’uran. There are sects of the religion that have different interpretations- as with any religion- including some extremists.

Correct me if I’m wrong. I thought the colonists fled to America to practice freedom, particularly with regard to religion.